Hoover Dam - and Day #5 of Blogtoberfest!!

After 12 weeks I finally was able to back up and upload all my pictures off my iPhone and 894 pictures later I thought I could share some of our trip to the Hoover Dam with you!

It was our 10th Anniversary in September and we took a weekend trip down to Vegas (kid free!  Wahooo!).  After being to Vegas 5 times we decided that this was the trip that we were going to finally check out the Hoover Dam. and WOW - what an experience that was!!

Once we got there the hubby and I had a differing of opinions - he just wanted to check out the dam from the top - I wanted to go on a tour - we went on a tour!  HAHA!

This is after we have taken the short but very LONG way down elevator ride - I think we are 500+ feet down at the base of the dam. 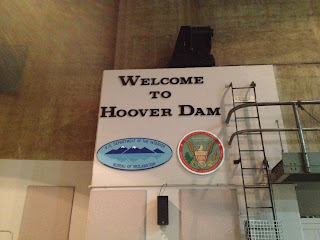 It was SO HUGE!!    I knew that the turbines and stuff would be big but I had no idea that they were going to be that big! 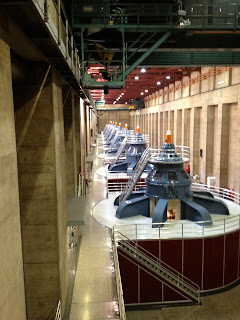 They did some amazing tile work when they were building it and all the flooring is original - Beautiful!!! 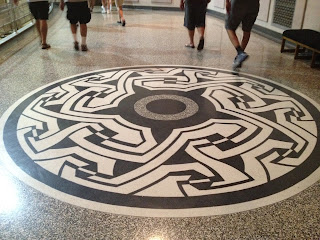 Back up at the top of the Dam looking down - its SOOOO high!!   We were wayyyyyyy down there (its too bad that you can't get an appreciation of how far down it is from a picture)!! 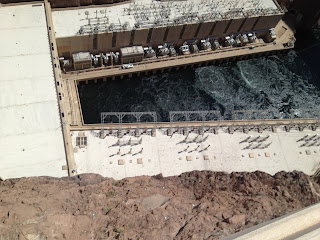 Again, pictures just don't do it justice but it was SO big!!
I'm still so amazed that they were able to build something like this in FIVE YEARS! 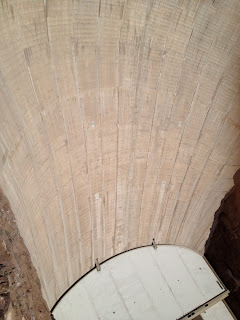 They build the dam in 5 years but it took them 7 years to build this bridge that crosses the Colorado River!
This bridge was beyond impressive, we didn't drive over it but it would have been quite the thrill to look over the side! 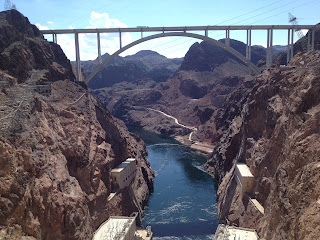 I'm so glad that after 5 trips down to Vegas we were able to make the trip to the Hover Dam.  It was an amazing engineering feat and I actually learned quite a bit.

Day #5 of Blogtoberfest is done and its our Canadian Thanksgiving tomorrow - bring on the turkey and a fantastic family gathering!!  ;)

Posted by Kari @ The Purple Quiltapotamus at 9:39 PM

Email ThisBlogThis!Share to TwitterShare to FacebookShare to Pinterest
Labels: Blogtoberfest 2012