My washing machine and dryer have been working overtime today trying to get the Dino Buddy Quilt all nice, pluffy and ready to go for when the baby makes his grand entrance (possibly sooner than later with the way I've been feeling lately....) but I've still got four weeks to go so we'll see how it goes.

After washing it shrunk a little more so its still a little smaller than I thought it would be - approximately the size of a large square receiving blanket - but its super soft and I keep having to shoo the girls off it since they are already trying to claim it as their own...! 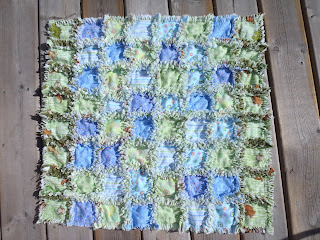 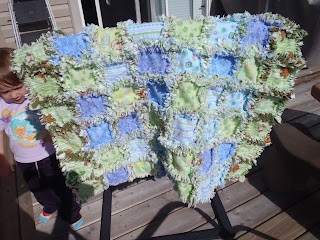 The back - I'm pretty happy with how it turned out - the seams don't match up but thats ok - everyone is allowed a little wonkyness now and again!! 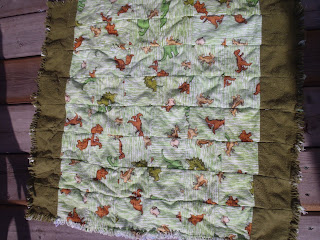 I think I still need to wash it a few more times - the lint that I keep finding in the dryer and the lint that comes off it when I shake it outside are scaring me from actually laying it down inside!  I think a few more goes in the washer and all will be well!!
Posted by Kari @ The Purple Quiltapotamus at 8:32 PM